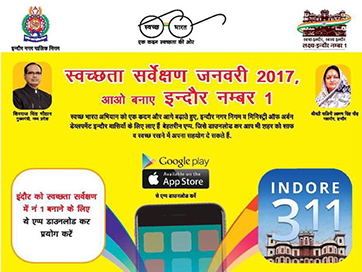 Indore is the second city in the state of Madhya Pradesh to launched the Indore-311 that will enable citizens to participate in making the city clean and green. On 2nd October 2016 in the presence of Municipal Commissioner Manish Singh and Indore Mayor Malini Guard, Indore Municipal Corporation launched the application Indore-311, allowing citizens of the city to a complaint regarding the garbage of the city.