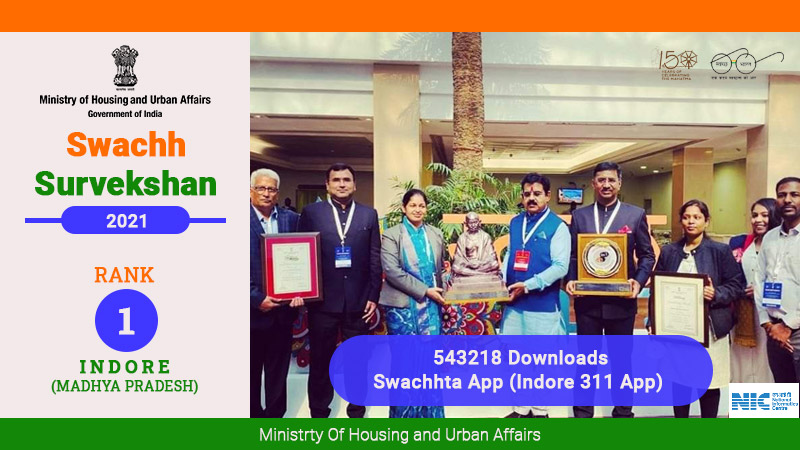 As the results are declared on Saturday (20th November 2021), Indor is now the cleanest city in the country for the fifth time consecutively according to the Cleanliness Survey 2021. Indore is at first, and then Surat and Vijayawada. On Saturday, President Ram Nath Kovind will give Indore the number one city, Safai Mitra of 12 crores, and Five Star Rating Award at Vigyan Bhawan in Delhi.

Ujjain is in 6th place in terms of cleanliness. Ujjain has also been selected for the Garbage Free City Award.

A big kudos to everyone’s cumulative efforts for making the Indore 311 App highly useful for the people of Indore.

The Indore 311 app performs great in the context of making the city clean. People used the 311 app for complaints registration of the issues such as garbage disposal, drainage, etc. The Indore municipality ensured to pay attention to the complaint within a day.

People of Indore can also use the 311 App to connect with the Nagar Nigam for different services and the city’s cleanliness-relevant concerns. The app has also helped government entities and the local public in the tough time of the Pandemic.